I do a lot of scripting in Capture One, but one of the features I never really use are background scripts. Capture One will call designated scripts when certain actions take place, currently:

However, I wanted an easier option. Plugins were introduced in Capture One 12, and because plugins can display UI in preferences they're the perfect way to show the background scripts. 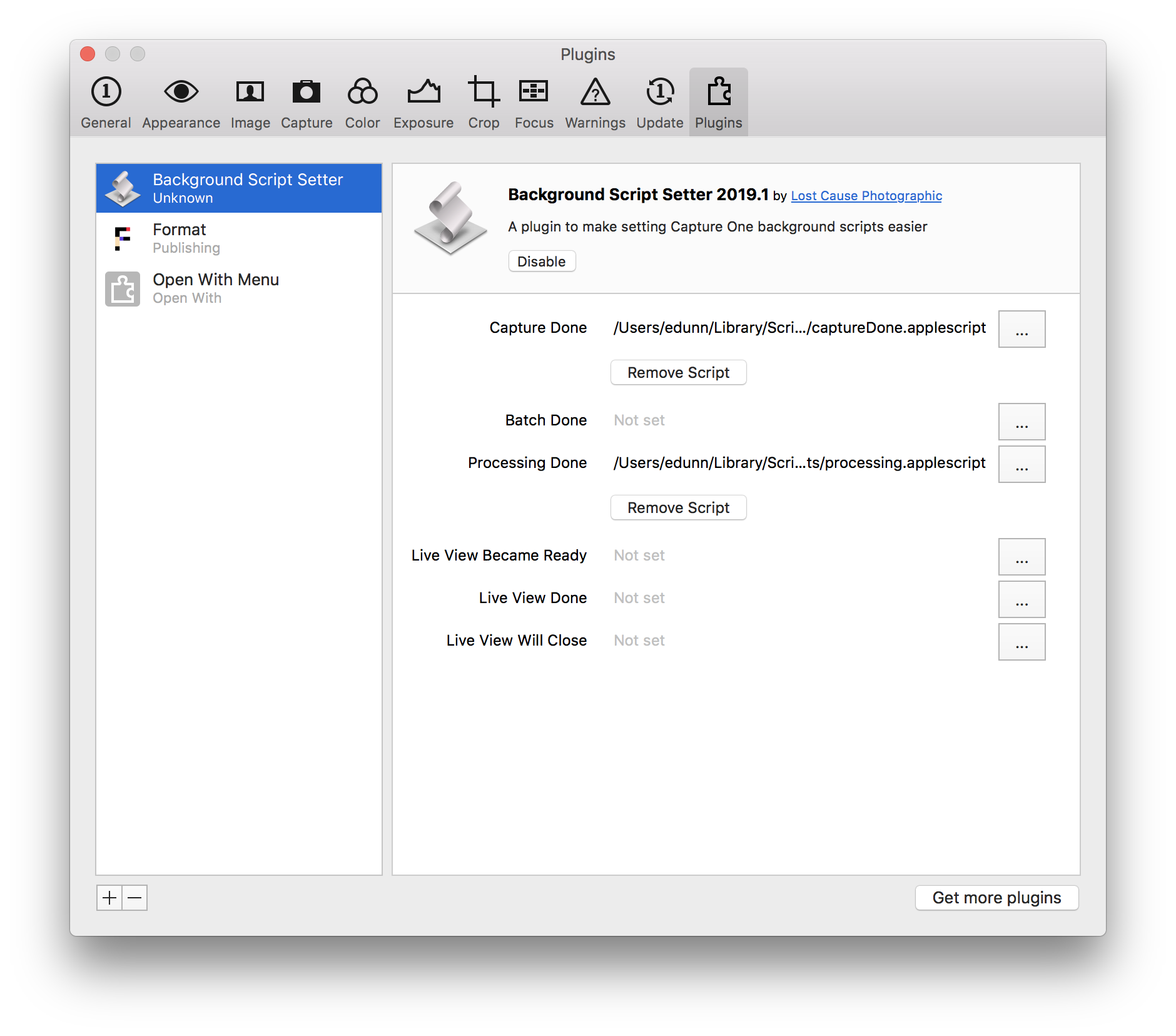 The imaginatively named "Background Script Setter" plugin allows you to easily set, and importantly: remove, background scripts from within Capture One. This is something I hope to see Sherlocked by Phase One eventually. I'm still doing some polishing, but hope to have it available for download over the weekend.