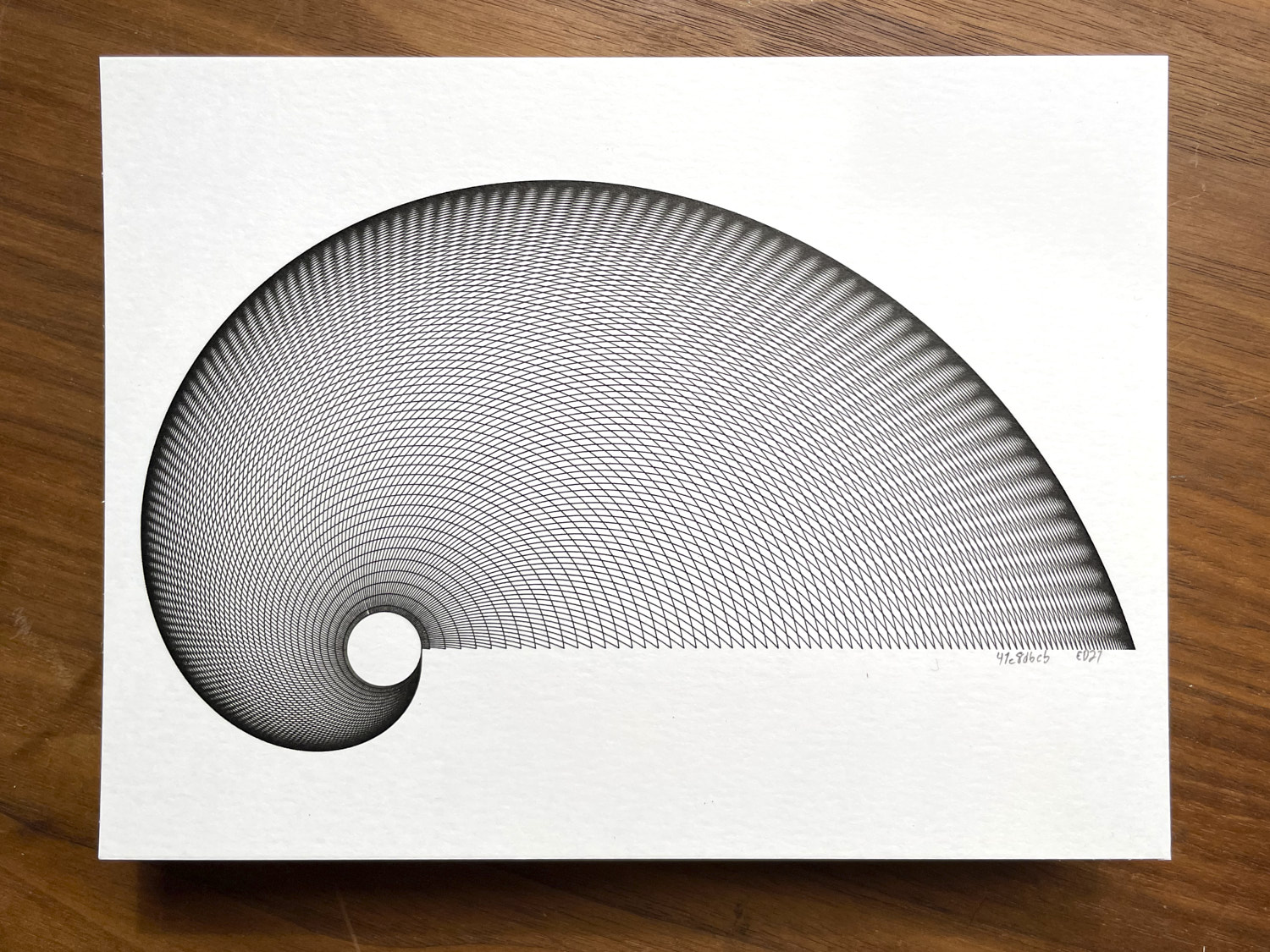 A couple days ago I completed a new series of plots based on spirals radiating out from a central circle. It took a little but of tuning to get the arms to increase in radius at a nice rate, but using an offset of the starting position ensured that the outer arm had a slow start and gradual ramp up, instead of all arms starting at the same position.

After I had a bunch of "normal" spirals I added a decay to the radius, which created some oddly loopy spirals with a point at one side. 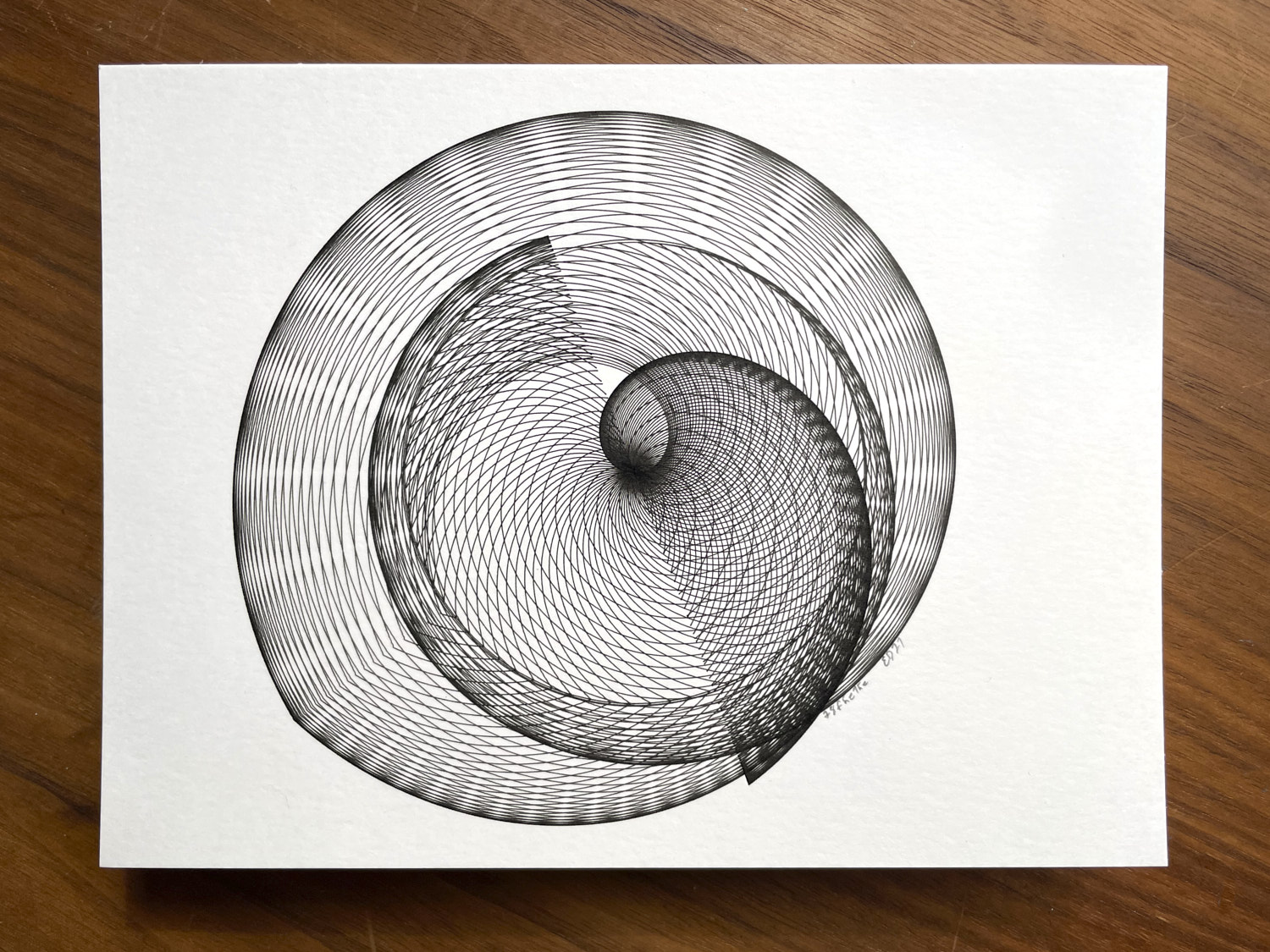 There are six plots in the series, including one happy accident while I was trying to crop the paths of a giant spiral in Inkscape.